Shorten dabs on the pubdits and the haters 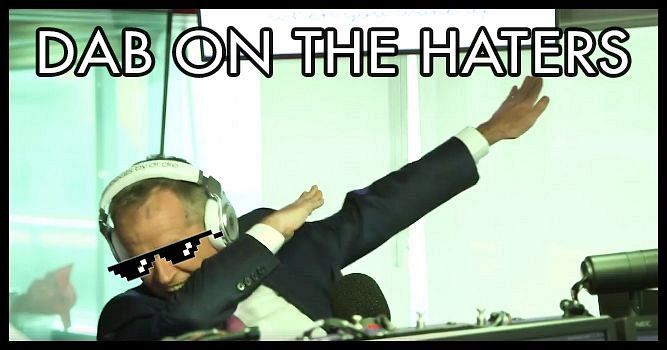 I WOULD LIKE to thank Fitzy and Wippa for the opportunity to write the following paragraph:

Bill Shorten was supposedly pandering to young voters this morning. Meandering through a diss track, slandering Pyne and Abbott, his boring perception shattering with every staggering swaggering clapback. Accused of manufacturing and pampering, presenting himself in an unflattering light. Is that the media panicking or capturing something I cannot see? This is what I’m wondering sitting here pondering after watching Bill and Ray Hadley on Fitzy and Wippa rapping.

Wordplay aside, I think my opinion is pretty clear. What Bill did on 2GB was a brilliant move on his part and I’m 23 so I’d like to pretend that I can – kind of, somewhat, potentially, maybe – be a kind of “authority” on matters of young people.

We are a generation who have only ever known pandering and advertising in a world where we can pick and choose what content we would like to see and what content we would not like to see. In general, we can see through a lot of “bullshit” — we’re used to it, which makes us an incredibly difficult demographic for advertisers but even harder for politicians.

One argument online is that in attempting to interest and attract youth, Shorten has ruined his chances at getting the young vote — but I highly disagree.

What I saw was a multi-level approach that really understood its target publics. Shorten’s rap itself (you know the word bit) was clever enough to be funny to those who are politically aware, age aside.

My favourite line, for example, was:

Will I rap again? it's anyone's guess. But there's more chance of Tony Abbott voting "Yes".

The fact that he quite literally dabbed on the haters and participated in the rap battle at all, satisfies the young people who are entertained by the disstrack alone. The casual, almost amateur, nature of the “rap battle” and the implication that it could be a clapback to PM Turnbull on The Project is what tips it over the edge from pandering and sad to funny and entertaining.

I’m not alone in thinking this was a clever move for Bill, either.

My anecdata (talking to friends my age) supports my conclusion, but so does the hundreds of comments on Facebook (BuzzFeed Oz Politics and Fitzy and Wippa) as of writing this. Comments vary from being mad that they aren’t mad their taxes paid for this to this video winning their vote (along with a lot of cringe at the dab).

People were saying that what PM Malcolm Turnbull did on The Project (if you could even call that a rap) was better than what Shorten did, especially regarding keeping the interest of young people.

I watched Malcolm on The Project and I found his behaviour offensive. I do not for one second believe he actually listened to Tupac, he sounded like your grandpa unironically quoting a meme to sound cool but the meme is irrelevant now purely because he thinks he’s cool saying it.

Even worse, he was rude and dismissive to Waleed Aly who – unlike Turnbull – was actually professionally doing his job. It felt like somebody told him that young people are apathetic and sick and tired of the debate, so he behaved just like that to be ‘one of us’. People talking about politics and real issues were such “downers”. I assume the aim was for us young people to see that or hear about it on the grapevine and say “look guys, he’s just like us, he too doesn’t give a shit”. But instead it was offensive and annoying.

Bill, however, behaved like that cool grandpa or uncle at the barbeque who sits with the younguns and jokes with us, and laughs at himself trying to dab, but we’re all welcoming of him because he’s smart and also able to laugh at himself (the kind of grandpa I imagine my own Dad will become one day).

So regarding the Turnbull vs Shorten "attract young adults" rap, Shorten wins hands down — although I am not opposed to a clapback from Turnbull, in fact I’d encourage it.

In the Fitzy and Wippa video alone though, it is clear to see why Bill wins. He drops the mic, lets his rap speak for itself and dabs on the haters while Ray Hadley shows up in a ridiculous outfit looking like a caricature of a 90s rapper.

If Bill showed up looking like Ray, then I would 100 per cent agree with the media and folks on the internet criticising Bill, but he didn’t and he was even shown in a direct comparison with the former.

It is more important to young voters that they can place Bill in their view of life, that he is relevant to them and what matters to them. He needs to be daggy ol’ uncle Bill who you can laugh with but also have deep conversations with, ask for advice, after everybody at the barbeque has gone home.

Keep dabbing on the haters Bill, but can you also, like, please go back to doing your job. kthx.

The Shorten rap, in full:

Wippa's not bad, but just a waste of my time

You boys will be crying by the end of my rhyme

Each day I listen to you fellas whinge and whine

I'd rather go to Question Time with Christopher Pyne

Our economy's in debt, but Malcolm's just chillin'

Hey Malcolm can you lend us a couple of million?

Will I rap again? it's anyone's guess

I've nailed the rap, I'm the cat, you're the mouse 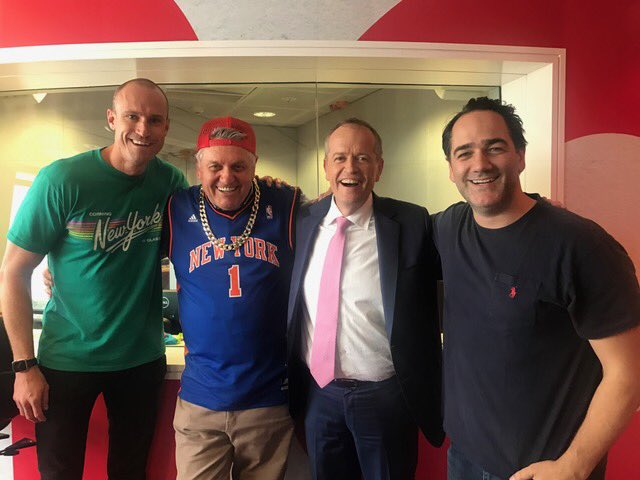 Surprise rap battle with Ray Hadley this morning on @fitzyandwippa. Not my usual start to the day...