Anger isn’t constructive, so be angry AND make your vote count 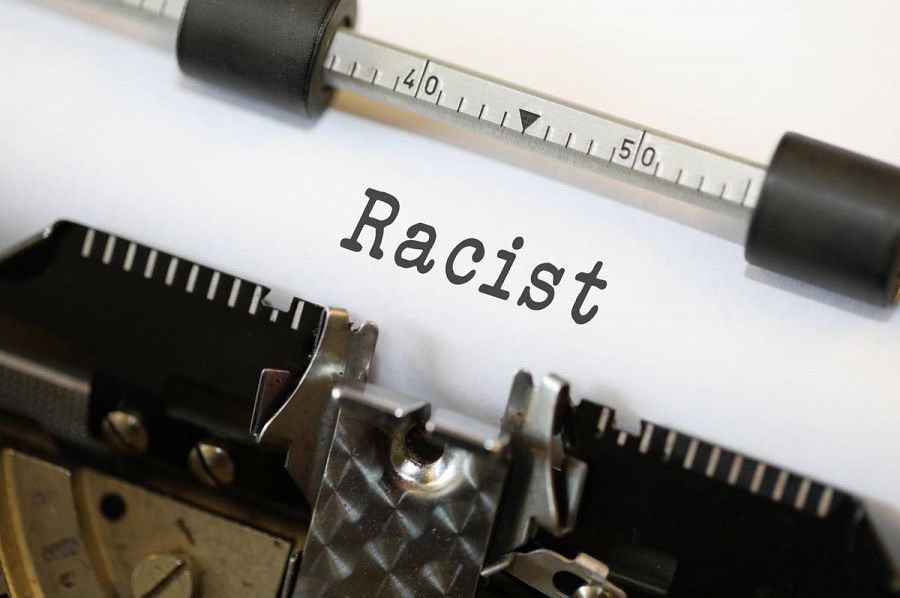 Remember the good ol’ days when the only racists or sexists you ever encountered was racist old uncle what’s-his-name or aunt so-and-so at the family BBQ once a year.  Like myself you were told to not be bothered or get angry/upset about their views because trying to change their mind is a waste of time. So, you bit your tongue and held back because “what’s the point, what difference will it make” and try your hardest not to be bothered.

I don’t know how often I’ve heard a friend, family member, acquaintance or total stranger say that they couldn’t be bothered doing anything or saying anything. Because that’s the choice for most white passing, straight passing, able-bodied passing individuals to either be bothered BY racism/sexism/fascism or be bothered to do something about it.

Now if you ARE bothered about it and are bothered to do something about it, you play into their little narrative that you’re being too sensitive, too easily offended, too politically correct. It’s no longer just your uncle what’s-his-name or aunt so-and-so at the BBQ spouting out hateful and ignorant views.

I am angry, I am sad, and I am very much bothered.

It is 2019 and it feels like I’m surrounded by Nazis and not because I’ve played too much Call of Duty Nazi Zombies right before bed.

It terrifies me and has literally given me nightmares every night since the Christchurch shooting. I personally know people who have said things like “white colonialism was a good thing for everybody” or made racist and sexist jokes that aren’t jokes because the person who said them IS actually racist and sexist.

The fear I have though has nothing to do with white guilt but everything to do with the fact that I HAVE been bothered and have said something and stood up against this and fought back, to no avail. Nothing I have said or done has changed anything and that is what terrifies me. That on such a base, non-violent, civil, friendly level it meant nothing.

I’m 24 and there are racist, sexist white supremacist ideologies being spread among my friends, acquaintances, people at the gym, I overhear it on the bus (I’m a white woman and straight passing I can only IMAGINE what people of colour might overhear/see/experience) and boy is it all over social media.

As Hannah Gadsby said, anger isn’t constructive. Usually I would 100% agree with that, as it gets thrown in my face pretty frequently that I am a virtue signalling weaponised leftie, but I think anger can fuel something constructive. It all depends on what we are angry about.

Much like dark humour it’s all about the punchline, right? What are you angry about?  Me personally I’m angry that there are so many Nazis, racists, sexists, fascists and white supremacists in power and more importantly I’m angry that they consistently reap the benefits for having those views. We have openly xenophobic, Islamophobic, homophobic, misogynistic politicians in power who continually get splashed all over the media (with all these “phobic”s in there they have the gall to call the rest of us “scaredy cats”?).

All over social media and TV (looking at you Insiders) people were debating whether what egg boy (Will Conolly) did was the right thing to do – which alone I think is ridiculous and the conversation should really be more about whether it is okay for grown adult men to beat on a 17 year old, but any who – that instead we should be talking to Nazis and rationally “change their mind”. History kind of speaks for itself how the passive approach to Nazis and fascists goes. If I can’t convince my smart “friends” (in quotes because I do not actively seek their friendship) that their jokes are more than just jokes, that what they are saying is wrong, that they are misinformed. These “friends” are not stupid, not violent and not aggressive yet their perspective won’t budge, and I can see it spreading throughout others in this friend group and further among people my age (the big bad M word, Millennials) like a cancer.

The more outlandish, race baiting and fear mongering our politicians are, the more they get promoted in the media. The “both sides” narrative is shoved down our throats and in any attempt to object to racism/discrimination/sexism etc… we are told that we need to have civil discussion and debate because #Democracy. Only how do you have that discussion and debate when only one part of the discussion is invited to the party, given the VIP treatment and goes home with a party bag filled with more followers, more engagement and more votes.

Making up lies, dehumanising people and pitting people against each other wins you government. The moment the Howard government benefited from lying to the Australian public about asylum seekers throwing their own children overboard in an attempt to illegally enter the country, I feel is the moment Australia realised the benefits. While race baiting and fear mongering have obviously been around in politics for a very long time, since 2001 we’ve had the internet, social media and more at play (i.e. widespread access and reliance to the internet). Where is the accountability or simply the “negatives” for being a racist.

It’s not necessarily a matter of changing people’s minds, we will always make great efforts to change people’s minds, but the real key I think is to take away the reward. The media is supposed to be the watchdog of democracy, yet it seems to only be those writing on the iNtErNeT actively trying to hold anybody to account. When we live in a society that directly benefits racists, sexists and fascists how are we supposed to change their mind?

We have an opportunity to vote this year, to have a say. Let’s BE bothered and let’s be BOTHERED to do something. We can’t all be egg boy, but we can be emboldened by egg boy and make our votes count, because contrary to popular belief they actually can make a difference. I don’t care what your political preference is because this isn’t a matter of left vs right, it’s a matter of “do you support racists or not”.

If you are more concerned about whether somebody should be called a Nazi or racist when they are behaving that way, you may need to have a good look in the mirror as to why you think that is the important part to be bothered by.

Now is no longer the time to grin and bear it in the face of racism or sexism. No more polite side-steps out of difficult conversations. No more friendly laughs at jokes you find abhorrent because you feel the need to be polite.